Museum tickets, service costs:
In Debrecen the law of jurisdiction was held by the head judge and a twelve-member body, called the Senate. Civilians of Debrecen could only be judged by a Debrecen jury. The inhabitants of the city were demanded to live a sober and pious life. However, common crime was theft, fighting, swearing. For the gravest sins, the city could practice jus gladii. 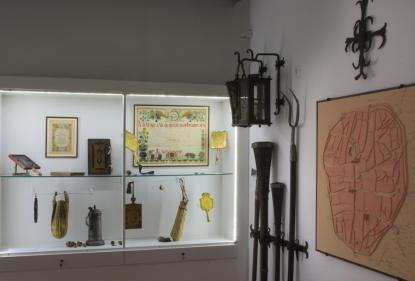 Torture, caning, hanging and shooting was performed by the city executioner. The "Town Hall" exhibition space presents extremely valuable artefacts, including the signet ring once owned by Debrecen Chief Justice Ferenc Juhos, a chest, which was originally the archives for secret document, the coat of arms of the Free Royal Town of Debrecen, the executioner's sword, pallets and inmate handcuffs.