Museum tickets, service costs:
Scouting began in Hungary in 1910 following the example of the scout movement of Robert Baden-Powell. The Hungarian Scouting Association was founded in 1912. Scouting in Hungary flourished between WWI and WWII. Scouting proved to be an excellent method of religious-ethics education, as well as developing international relations after the Treaty of Trianon. Illustrious personae like Pál Teleki and Sándor Sík supported scouting. Both the 4th International World Jamboree in 1933, and the first Girl Guide and Girl Scout World Camp in 1939 were held in Gödöllő. These were the most outstanding events in the history of Hungarian scouting. After WWII, the Hungarian Communist Party put an end to scouting and actually replaced it by the Pioneer Movement, following Russian example. The youngsters who were serious about scouting and committed to the values of the movement managed to retain the spirit of scouting during socialism. 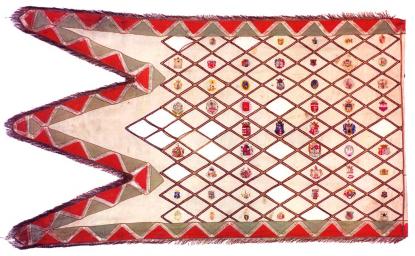 In 1939, at the time of the change of social system, scouting began again in Hungary. Since then, nearly 50.000 young people met the movement, and 8000 joined. In addition to weekly meetings, the scouts often go hiking, take part in camps both in winter and summer, and many other international events. The community-forming power of scouting and the valuable programs are to make up for whatever present day society seems to lack. Objects related to scouting of the near past in addition to documents have been collected by the Sports Museum. In 1994, the independent Hungarian Scouts' Collection was established, but was unfortunately closed in 2009 due to the reconstruction works.

The material of the Scouts' Collection was taken in the Town of Gödöllő. The objects were placed in the Municipal Museum of Gödöllő while the archives in the Municipal Library and Information Center. A permanent exhibition is opening on 20 October 2009 in the Municipal Museum of Gödöllő selecting from the Scouts' Collection. Researchers may visit the Municipal Library to study documents and archives. We are right to say that the center of Hungarian scouting is Gödöllő. The visitors to the exhibition opening on 20 October can see the flag of the Queen Zita she gave to the Scouts of Kőszeg in 1925, the letter Baden-Powell wrote to the Governor Miklós Horthy after the Jamboree in Gödöllő, in 1933 among a number of items.