Museum tickets, service costs:
Because of its favourable geographical conditions Pásztó had been inhabited as early as in the prehistoric era. 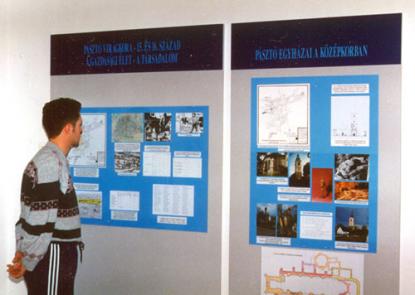 After the Hungarian conquest the region was shifted into the ownership of the Hungarian royal family. In the 12th century there was possibly a monastery functioning in Pásztó.

The village began to quickly develope at the end of the 13th century. Accordingto a document dated at 1399, in order to avoid customs at Kompolt merchants were travelling from Buda to Egerbe through Pásztó, where they set up a market on the way.

In 1407 King Zsigmond gave the same prerogatives to the inhabitants of "Páztho" as to the people of Buda. However, the arrival of Turkish troops in 1551 interfered with the development of the town. Pásztó only gained back its independence at the end of the 17th century. In the 18th century the town was rebuilt. In 1901 the town voluntarily resigned from the rank of of a town, which was only taken up again in 1984.