Museum tickets, service costs:
The permanent exhibition of graphic artist Kálmán Csohány was opened in 2001 in a monument building built in the 1870'ies. 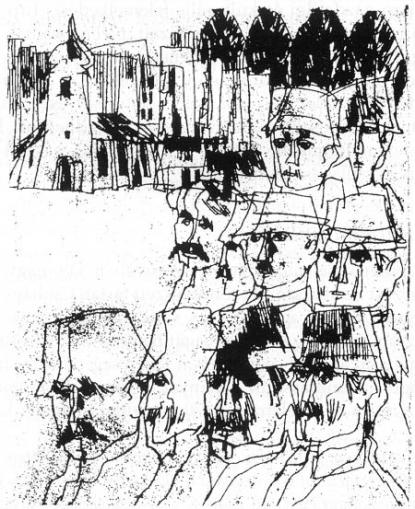 Kálmán Csohány wrote about himself in his autobiography as follows:

In 1947 I was admitted to the Fine Arts Academy, and I obtained my degree in 1952. My masters were: Gyula Hincz, Sándor Ék, Károly Koffán and György Konecsni. As a graphic artist I have taken a regular part in Hungarian and foreign exhibitions since 1952.

My work is being connected by most of the critics to an art style of popular tendencies. I do not protest against it, but do not agree either. I do not consider myself as a popular artist. It is the human beings I endevour to approach. I would like to portray their life and emotional world through my own instruments."

Kálmán Csohány died on 2nd April 1980 in Budapest. According to his wish he was burried in the Holy Spirit cemetary of Pásztó.