Museum tickets, service costs:
The permanent exhibition of the museum represents the history of Nógrád county in 7 large units. The introductory part of the exhibition demonstrates the versatile activities of the people living here from the migration of nations to the Hungarian conquest. 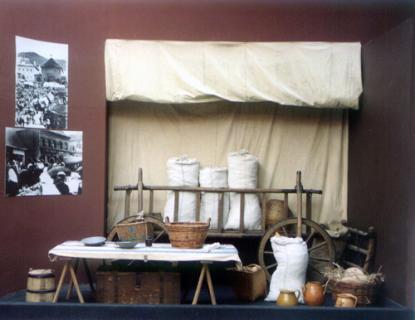 After the short introduction we might gain an insight into the world of the middle nobility. The nobility modernised their agricultural activities and built their classicist mansions which were also used as centers of the intellectual life.

The next chapter of the exhibition shows us the process of the county administration and changes. We emphasized the changes made in the region and districts of the county.

Another unit of the exhibition shows us pictures of the history of the two world wars. The troops of Nógrád passed through the bloodiest battlegrounds of the 1st world war. In the 2nd world war they brought the biggest sacrifice in the battles fought alongside the Don.

In the unit entitled "The world of revolutions" we talk about the 1956 revolution and its circumstances. A tragic event of the county was the volley taken place in Salgótarjánban on 8th December, where 46 people lost their life.

The final unit of the exhibition displays the life of the modern schools, the educational opportunities of the people and the art works made in the region.