Museum tickets, service costs:
The legacy of Dr. Felpéci Petz Lajos and his son, Dr. Petz Aladár is shown in the special room of the Xantus Museum we show furniture, paintings, applied artworks and documents. 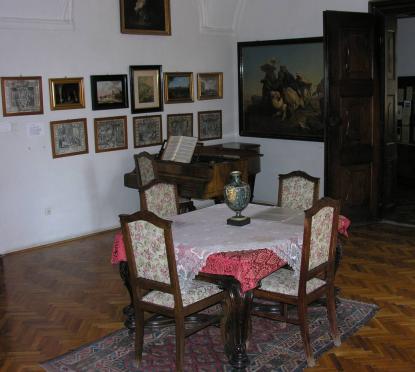 Dr. Petz Lajos (Győr, 1854 - Győr, 1932.) fought for the public health system of the town, epidemics and the development of waterworks and channel system. A new hospital was built in Győr, the 'Holy Trinity' Hospital now located in Zrínyi Street.

Several of his letters patents were preserved as proof of his talent. The 'system that converts the open automobile into a closed car' was devised by him. He was also president of the Singing and Music Association of Győr.

After his father Petz Lajos retired, Petz Aladár followed him in the manager seat of the hospital.

What made his different from others is his constructive talent which predestined him to devise an instrument that has been applied all over the world ever since. This instrument is the Petz gastro-intestinal suturing instrument. He also devised a 'distracter', covering for pneumatic tires' and 'heating systems for automobiles', etc. Today, the hospital in Győr is named after him.