Museum tickets, service costs:
The title of the exhibition presenting the art of the fine artist Baksa Soós János living in Berlin now is 'Existence- boundlessness'. Baksa Soós János was known as the emblematic figure of the legendary Kex band. However, he became famous under the name of January Prince in Germany. 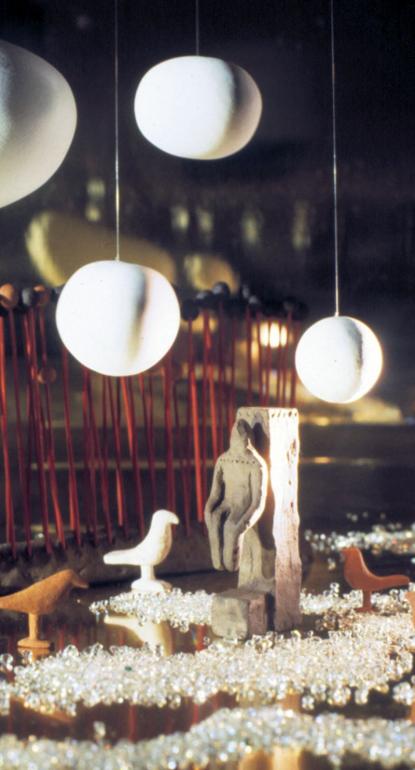 It is the first palatial exhibition of the artist who emigrated in 1971 due to political reasons and who was a determining figure of Hungarian avant-garde in the 60-70's. The display is part of the Contemporary Arts Festival.

The musician and poet, the artist who knows no boundaries now shows statues, tiny land sets, aquarelles and paintings. He puts up a mammoth scene from his figures and statues making it more spectacle with light and sound effects. The visitors can see the unique philosophy of He structures his art of an archaic and traditional culture that is understood by everybody independent of languages and civilization. His art is built on universal traditions while it is deadly progressive. He brings ancient knowledge to the surface with the tools of art. January is able to wonder and make others wonder, he is able to find essence of a being in tiny details and show the past, present and future at the same time.

The exhibition shows hundreds of postcard-size aquarelles, giant paintings by In a darkened room on a giant stage, a universal-cosmic view of the world is staged from the statues of This stage is the center element of the concept of the project made for the occasion. At the same time, the music of