Museum tickets, service costs:
Is there anyone in Hungary who has not heard the name of Petőfi? And also: can we say anything new about him? The exhibition endeavours to plot the figure of the poet with until now unpublished manuscripts, his personal belongings and objects. 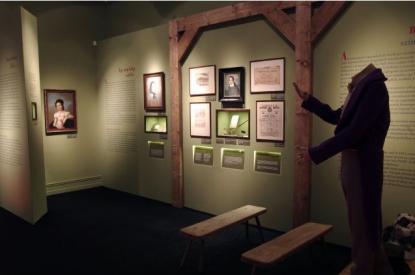 What the visitors will find is on what basis and what Petőfi chose in various situations in his life, the regularities and irregularities in his decisions. We also try to reveal what ambitions and expectations his parents had towards him, his years at school full of adventure, his time in the army, when he worked as an actor on the road and the young man preparing to become a husband.

The exhibition’s axis is, however, the times when he became known in the literary scene in the capital city. Petőfi was the first who had an existence as a writer. To do so, he created a character for himself: was conscious of his clothing for example, which was very unusual those days. His wide gesturing, in addition to his clothing, added to his non-traditional poems.

Petőfis misdemeanours are displayed at sections when a turn of his life journey occurred, stages when he took control of his life and destiny focusing on untraditional values of life, leading to his tragically early death.

The exhibition is full of multimedia, it is recommended to both students and teachers.

The visitors will have an opportunity to download various applications to their phones related to the exhibition.