Museum tickets, service costs:
A new exhibition on the history of the town opened at the Pásztó Museum at the end of 2007, on the 600th anniversary of Pásztó's declaration to market town. 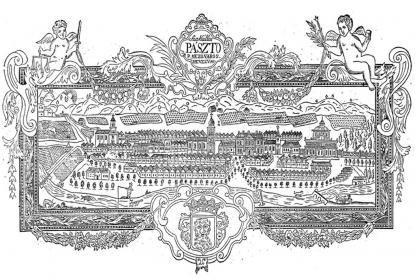 The exhibition is divided into two sections. Important artefacts related to the guilds and small-scale industries are shown in the south-east room of the Cistercite residence while a review of the history of the town is shown in the hallway. Pictures and documents, as well as tools and products of guilds are shown upstairs along side the imposing flag of the chamber of trade made in 1893.

The scale-model of the mansion of the Rátót-Tari family who played crucial role in the history of Pásztó is a curiosity of the local history section. Several of the documents and photos where found during the preparation work for the showing. Thus, they are show for the first time.