Museum tickets, service costs:
The archaeological exhibition divided into two parts is shown in a large ward and one opening from there. The exhibition presents objects from prehistoric times (250000 - 8000 BC) to the 18th century. Among the objects there are ordinary objects, jewellery, weapons, tool, objects used during rituals, objects buried with the deceased etc. 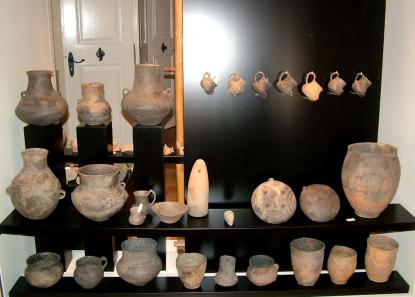 The two most spectacle sections show models of furnaces in which potters of Surány burned their pottery, as well as weapons of German tribes, Vandals, Victovals, who settled at the Upper Tisza Region.

The script of the exhibition was written by the manager of the museum Mrs. Felhos Dr. Csiszár Sarolta and the ethnographer Pintye Gábor.