Museum tickets, service costs:
Upland is the historical name for the territory of the northern mountain range. The market towns, emerging in the region between the rivers Ipoly and Bodrog are the characteristic settlements of the area. Their privileged position (rights for having markets, electing magistrates, free options to move and inherit) differentiated them from the serfs of the neighbouring villages. 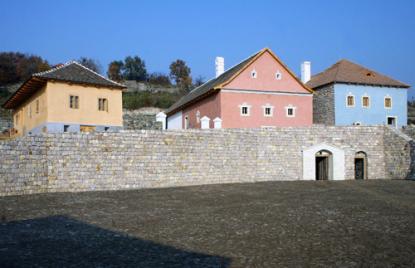 Market towns had a culture mediating role between rural peasants and nobles and civilians of the free royal towns. The cultural significance of the region is indicated by the fact that Vizsoly was the birthplace for the first Hungarian translation of the Bible, by preacher Gáspár Károlyi. A determinant character of the Hungarian neologist movement, Ferenc Kazincy also lived in Zemplén County. The Upland was populated by Slovakian, Polish, Ruthenian, German, Greek and Jewish inhabitants in a great number. The mostly Roman Catholic people lived together with Protestant and Lutheran communities in some places. The number of inhabitants was not high (maximum 5000 persons). More than 20% of the population worked as craftsmen.

The peculiar viniculture became a town-founding factor in the region. The white wines of Tokaj, which are Hungarikums, the red wines of Gyöngyös and its surroundings were popular in faraway European countries thanks to long-distance trade. Those owing vineyards had certain privileges; e. g. they did not have to pay taxes in kind for twelve years after introducing grapes. The lowest layer of market town society was that of wage-workers, hoers. Those possessing vineyards - cotters or serfs - followed them. They did craftwork in winter time. Among the merchants of the towns, there were local shopkeepers and rich tradesmen as well. The noble owners of vineyards did not live permanently in the settlements - such as the members of the Rákóczi family - however, their mansions, cellars or tithing houses were significant in the settlements.

The buildings of the regional unit represent the local traditions of the 18th-19th century stone architecture. The method of stone architecture differed from town to town, depending on the quality of quarry stone and the dressing of the material. The houses built with varied layout in narrow yards were complemented with taverns, cellars and workshops. On the first floor a room heated with a panelled stove and a kitchen with a central oven were found. Downstairs, press houses constructed with wooden ceiling or vaulted cellars opened from the yard or the street. Abundant variations of valuable furniture, glassware and potteries present the way of life, different from the neighbouring villages.