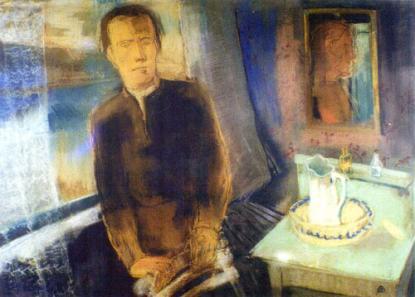 In 1926 he got married and moved to Pöstyén, then to Budapest with his phisician wife. Two years later his exhibition was opened in the Ernst Museum, which was a great success.

Aurél Bernáth was also working as a writer and educator: since 1945 he had been teaching at the Hungarian Fine Art Academy. Between 1948 and 1949 he was working as the editor of the periodical called Magyar Művészet. His achievement in the field of criticism and literature is also of great importance. (His literary works are: Writings about arts 1947., That is how we lived in Pannonia 1956, Pannonia 1960., Around the Múzsa 1962., In the court of the Múzsa 1967., About stork, Helga and Death 1971., Small flowers 1974., Notes around midnight, Notes of a painter 1978.)