Museum tickets, service costs:
The museum presents the history of the school relocated from Barabás. 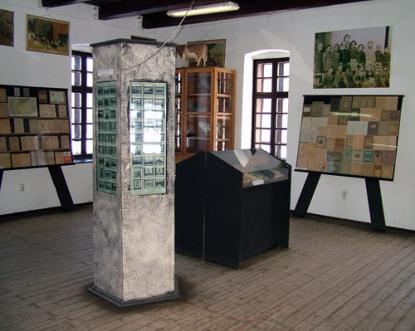 Study books made for student belonging to varied religion, school reports, teacher books and other tools of demonstration help the visitors orientate.

The fate of teachers after WWII is demonstrated by the career of one single teacher: Mrs. Ács, Nagy Emma. Her career is shown via documents and charters received for her work.