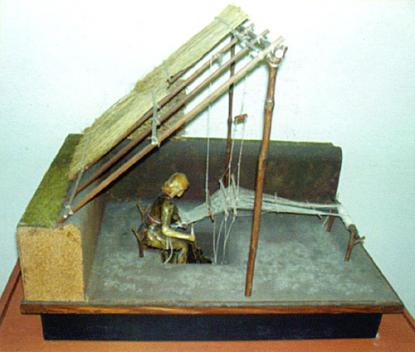 The silk thread producer was related to Óbuda. The first textile factory was built in Óbuda in 1781. It was the biggest facility in the Monarchy of this type. It worked with 2900 spindles driven by water wheels.

The authentic copy of the Water-Machine demonstrates the process of spinning. The inventor resolved the thinning of the thread. A few years later, 100 spins worked instead of the former 4.

Techiques applied in the Middle Ages is shown by the model of a hemp breaker and the spinning wheel.

An insight to the textile industry of the 20th century is give via a whool washer, a Richer spinning machine etc.