Museum tickets, service costs:
The Great Hungarian Plain is generally considered as the typical Hungarian region. The best known Hungarian words all over the world - puszta, csárda, betyár, gulyás, paprika - are also connected here. Specific natural formations of this territory are the bleak flatland with its alkaline soil, the mirage, the sand drift, or the shallow waters and thick reeds providing home for a colourful avifauna. 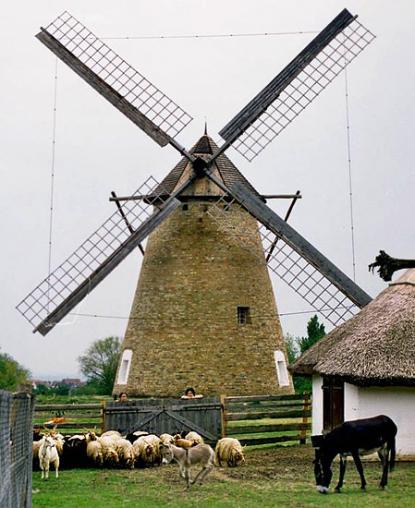 The geographical units of the Great Plain are situated between the rivers Danube and Tisza, the Trans -Tisza territory and the Banat. Its middle regions thickly interspersed with small villages were on the course of campaigns and lost their population several times during the middle ages. As a means of repopulation our sovereigns settled Pechenegs, Cumans and Jazygians in the Plain and ensured their integration by various privileges.

The development of market towns in the plains started in the 14-15th centuries. The Turkish occupation and later the liberating fights in the whole region resulted in the repeated destruction and multitudinous migration of the population. Resettlement of the depopulated areas began in the 1730s.

The new immigrants arrived mainly from the northern part of the historic Hungary; most of them were Slovakians but German-speaking settlers also came from the provinces of the German Empire.

The market towns annexed the pastures of the devastated villages and in their enormous commons the first farmsteads evolved in the 17th century. The shelters initially used as winter-quarters for animals developed as attached settlements of the towns from the 2nd half of the 18th century.

In the towns the former common leasehold gave place to individual lease so the farmstead and its surroundings became the location of cultivation as well as of animal-breeding. At the same time in the towns considerable craftsmanship and trade evolved, satisfying the demands of both those living in residence and in the vicinity.

The regulations of rivers beginning in the mid-19th century radically transformed the Great Plain's landscape. The demand for wheat and maize grew in leaps and bounds; by ploughing the pastures enormous fields were gain and cereals became the most important merchandise in trading.

The market town smallholders built their houses in the centre of the town and both in their way of life and their clothing they followed the bourgeois lead increasingly.