Museum tickets, service costs:
The permanent exhibition introducing Hungarian vernacular culture is open from June, 1991 in the Ethnographic Museum. The everyday life and celebrations of the Hungarian peasantry from the end of the 18th century to WWI from all around Hungary is displayed in 13 wards. 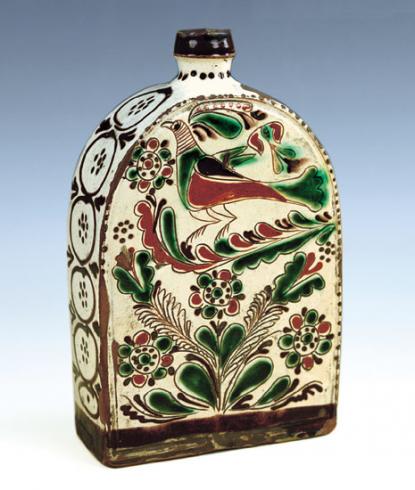 The first ward presents the ethnic diversion of the nations living in the Carpathian Basin. At the end of the 19th century half of the 14 million people who lived in Hungary belonged to an ethnic group: Romanians (16%), Germans (13%), and Slovakians (13%).
The next ward presents the different habitats: villages, market towns, homesteads, industrial towns, and churches and their codependence, which was a significant effect on the development of vernacular culture.

The equipment of the work of the peasantry is presented in great measure beside their circumstances, social situation, clothing and personal belongings. Beside the equipments used at the labor processes, preservation of the provision, the tradition of the vernacular nutrition and its differences in the diverse classes can be seen. Woodcarving, the trade of carpenters and smiths, textile making, tailor, and the pottery making are introduced.
BR> Two ways of living at the end of the 19th century are presented: the old 'smoky' house revokes the circumstances of the Middle Ages, the 'clean room' of Sárköz revokes the circumstances of the fashion of rich peasantry at the same period signaling the diverse development of the population. In this process the craftsmen of the villages and the towns played an important role by producing painted furniture, ceramics, textile and embroidery in great numbers, creating the different characteristic styles of the areas at the same time.

The introduction to the walk of life of the people is in accordance with the scale of the values of the peasantry. In its center we can see the wedding introduced with the help of material from Kalotaszeg. This same wedding dress was exhibited earlier at the Millennium Ethnographic exhibition a hundred years ago.