Museum tickets, service costs:
The National Széchényi Library, the Budapest History Museum, the Hungarian National Gallery and the Museum of Applied Arts commemorate the 550th anniversary of Matthias Hunyadi's enthronement in a unique manner. The exhibition series called "4 times about the Renaissance" introduces the art of the period in four different ways. Thematically and chronologically, the independent exhibitions complement one another, giving visitors a comprehensive overview of 15th century Hungarian Renaissance culture. 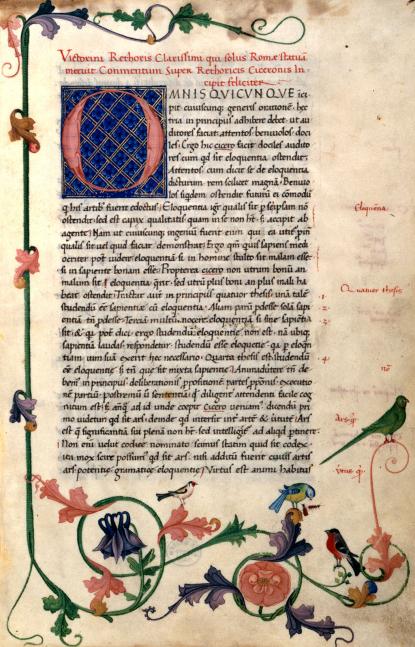 In the chronological order of the four exhibitions, the national library will introduce the beginnings of Hungarian humanism up to approximately the late 1470s. The National Széchényi Library as the major collector of medieval and Renaissance culture's written sources will focus on book culture.

János Vitéz's personality and activity is in a sense the key to High Renaissance in Hungary. As a literary figure, diplomat, patron of the arts, bibliophile, Renaissance high priest and, not least, as a member of Pier Paolo Vergerio's circle, he is a direct link to the first great generation of Italian Humanists, although he never managed to study at an Italian university. The scenes of his career - Várad, Buda and Esztergom - are crucially important sites of the country's 15th century cultural history. Examining Vitéz's contribution as a patron, organiser of culture and author, the exhibition intends to offer a cross-section of Hungary's overall book culture in the middle of the 15th century.

For decades, Hungarian Renaissance existed as an island. As a result of the function and dominance of the royal court, this is where the delegates of Italian provinces came, this is where some humanist scholars found their home, and this is where the administration's high clergy and literature intelligentsia was concentrated. However, parallel to the new cultural ideal, in towns, ecclesiastical centres and monasteries, medieval culture lived on much more organically in architecture, as well as in panel and book painting. The radiation of Renaissance culture especially in episcopal centres is a characteristic feature already of the beginning of the next century. Therefore, the aim of the exhibition is to offer a comprehensive overview of the country's full book culture in the background of early Humanism.

Naturally, Vitéz's highly complex activity is highlighted. The exhibition shows how his career started, what his role was in 15th century cultural history, how he helped in bringing about the Bibliotheca Corviniana, as well as his work as a patron, among them the support he gave Janus Pannonius, the establishment of the Universitas Istropolitana in present-day Bratislava and inviting the printer, András Hess to Hungary. In addition, the book collection he had gathered is also given considerable emphasis. Vitéz's library was of outstanding significance in the development of Hungarian Renaissance culture because it provided a stable background for the "academic life" of Várad and Esztergom, and on the other hand, it was the start of the Bibliotheca Corviniana, which is our most significant complex of relics from 15th century book culture. The exceptional thematic variety of the Vitéz library testifies to his wide-ranging interest and education. The same intellectual profile is reflected by the numerous marginal notes in the codices originating from Vitéz's hands. There is no other Renaissance book collection in Hungary where the notes on the pages reflect such a vivid picture of the owner's personality.

The exhibition features a number of rarities. This is the first time that Domokos Kálmáncsehi's Breviary, a masterpiece of European book painting, is on display at the National Széchényi Library. János Vitéz's Book of Letters, the primary source of historical information about the age, is displayed in a separate niche. Besides his "everyday codices" filled with notes, the bibliophile archbishop's passion for luxury is reflected by the representative codices, of which the Livy volumes kept in Munich, are introduced. This is the first occasion that the codices of such turbulent history have returned to Hungary since the time that Beckensloer, the archbishop of Esztergom following Vitéz in that position stole them, taking them to Salzburg. The Chronica Hungarorum, the first book printed in Hungary in András Hess's printing house, is a genuine specialty.