Museum tickets, service costs:
The exhibition opening in the Museum of Fine Arts at the end of October will bring the most pre-eminent figures and trends of classic modern art before the public. The travelling exhibition entitled Picasso, Klee, Kandinsky is a selection from the Swiss Rupf Collection arriving in Budapest after two other venues. Visitors can see some 100 works of the collection on display until 27th January 2008. 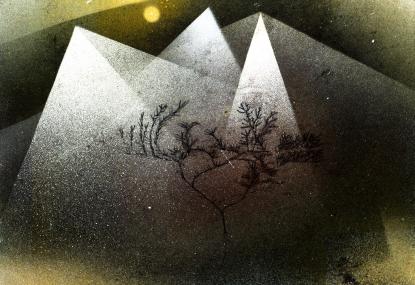 A selection of highly prominent works will enable visitors to get an insight into this unique collection comprising of nearly 900 paintings, drawings and sculptures of classic modern art administered by the Hermann und Margit Rupf-Stiftung (Hermann and Margit Rupf Foundation), which is celebrating its fiftieth anniversary. The works on display encompass nearly the entire first half of the 20th century, with the earliest pieces dating from the early 1900s and the latest ones (Hans Arp) from the 1960s. The exhibition including works by classic modern artists such as Derain, Friesz, Braque, Picasso, Gris, Léger, Paul Klee and Kandinsky, among others, will provide an overall picture of the period. Visitors can see as many as forty-one works of the three artists listed in the exhibition's title.

The aim of the exhibition was two-fold: to bring the most prominent artists of the period before the public and to familiarise them with the most important characteristics and trends (Fauves, Cubism, Dadaism, Surrealism) of classic Avant-garde art. The arrival of the exhibition in Budapest is given special importance since the Museum of Fine Arts is planning to establish a permanent exhibition of 20th-century art.

The exhibition is also unique in that the collection is introduced to European audiences in the form of a travelling exhibition for the very first time. In the autumn of 2007 visitors to the Museum of Fine Arts, Budapest will have the chance to see the most outstanding works of the Rupf Collection after they have been exhibited in Berne and Grenoble.

Today the collection of Hermann Rupf and his wife is considered to be one of the most important private collections of classic modern art. Born in Berne in 1880 Hermann Rupf, the owner of a haberdashery, and his wife Margit Rupf-Wirz began to build up their collection in 1907, when they purchased their first Georges Braque and Pablo Picasso paintings, now regarded as being the most important works of the early stage of Cubism. Hermann and Margit Rupf devoted themselves to the art of the era they lived in and put a great effort into popularising it and making it familiar to a wider audience. They often purchased pieces for their collection in the same year in which they were made. The couple had close ties with Paul Klee and supported him by buying his paintings.

Since they had no children, the couple established the foundation bearing their names in 1954, so that it would nurture and augment their collection that is preserved in the Kunstmuseum in Berne. The collection, which originally comprised of 300 works, has been expanded into 900 pieces thanks to the foundation’s acquisitions.