Museum tickets, service costs:
According to a wise teacher, it might be useful to approach literature not only in historical order, but also backwards, in the opposite direction to the accepted canon. This approach, which is still unorthodox, is especially important, and even serves as guidance to achieve an understanding of the relationship between contemporary Hungarian literature and the fine arts. Writing is the origin of András Petőcz’s art, which regards creativity, and the written form of conveying ideas, as the central issue. The creative process differs from the classical form of fine art, as does the deconstruction of ideas and the exploration of a given work of art. The current exhibition at Műcsarnok presents the unique way in which he has created a perfect fusion of contemporary literature and visual art in a single oeuvre. 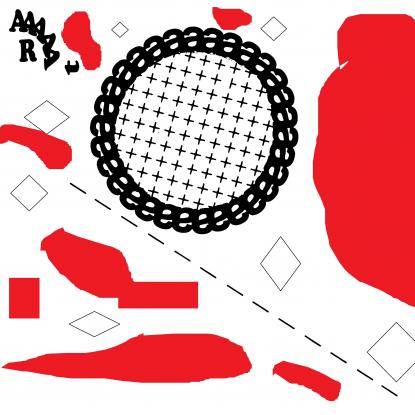 András Petőcz began experimenting with the genres of concrete poetry and visual poetry in the 1980’s. In art history and literature, their antecedents can be found in the French-speaking world, in the work of 20th century Dadaist, constructivist and avant-garde artists. These works were defined by experiments in thought and image reduced to letters, words and minimalist visual elements such as lines, dots, waves or small drawings. After the World War II, following the example of the Romanian-born Isidore Isou, lettrism, or letter poetry came into being in Paris. It was an unconventional phenomenon among French avant-garde artists. The same trend can be traced in Petőcz’s early work, especially in his Lettering, a work produced using the letraset technique, or in his mixed media Longing Whispers. In the 1980s, his works pay tribute to Lajos Kassák and Miklós Erdély, whom he regards as his masters. The constructivist and lettrist style is characteristic of his works made in honour of Miklós Erdély (In memory of Miklós Erdély; Miklós Erdély), in which he evokes his master’s art with subtle allusions. The visual poetry of the greats of Hungarian poetry, Dezső Tandori and Károly Tamkó Sirató also had a major influence on Petőcz’s art. In a tribute to Dezső Tandori, he created a series titled Birds for Tandori as part of his Chaos images.

Until today, his works are characterised by the fact that literature only appears as a reference in them. In his black-and-white series (Cemetery Poem, Cemetery Sonnet, Love Poem (Ode), Oblomov, Poem of an Unknown Poet in an Unknown Language), he transposes the regular formal world of poetry into images, and at the same time transforms words into abstract gestures.

A sub-genre of 20th and 21st century graphic art is doodle art, which emerged as a mixture of graffiti and children’s drawings. The artistic doodle also became prominent in the oeuvre of András Petőcz, similarly to the work of iconic American and European pop-art figures, especially Keith Haring and Jean-Michel Basquiat. His works from the Chaos series, Love Poem and Cross Poem in the Forest are outstanding examples of doodle art.

Another apparent direction in András Petőcz’s art is body art, which for him represents the visual recording of performances. He uses the body in an improvisational manner, as a canvas: he covers the bodies of his models with white paint, paints poems and ideas on them, then takes a photograph of the work as a final touch. He later uses these photographs as raw material, taking elements from and adding elements to the work.

András Petőcz is a leading figure in contemporary Hungarian literature, a recipient of numerous national and international literary awards, and a prominent representative of the Hungarian new avant-garde, who effortlessly crosses and even dissolves the boundaries between different artistic fields. His exhibition at Műcsarnok invites the audience to partake in an exceptionally free-minded inner journey through the shared realm of literature and visual art.