Museum tickets, service costs:
“…the detail refers to the whole, and a drop evokes the entire sea.” 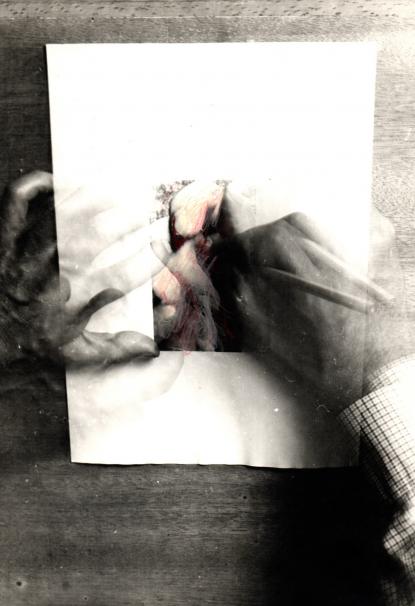 The title of the exhibition was inspired by the above quote from a manuscript by András Baranyay, which is about the method of visual framing used in the creative process. As the artist said, this technique “…is suitable for creating the illusion of reality and to visually capture the momentary nature of life along with its inherent motion, while expressing chance and incompletion. It conceals things, the existence of which we can only surmise, and this vagueness is unsettling. But by omitting what is irrelevant, by cutting off the redundant elements, it can be an effective tool of compression and emphasis, thanks to which the essence of things is presented as if condensed into an extract…”

Beginning with Baranyay’s earliest paintings and graphic works, the exhibition presents a cross section of the artist’s entire oeuvre. The works are arranged around themes and an approximate chronology.

The focus of Baranyay’s interest as an artist was the human body: in his numerous self-portraits and hand depictions he used his own body, while the bodies of his friends allowed him to observe the forms different from his own body in his series The Married Couple, Pictures of Backs, Handshakes and The Márffy Girls.

A special place is assigned in the exhibition as well as in the oeuvre to the ensemble of works titled Self-portrait with Jane Morris, presenting Baranyay’s only experimental film.

While András Baranyay’s oeuvre is a fundamental and we could say classical chapter in the history of Hungarian contemporary fine arts, it is not so well known to the broader community of art-loving audiences. His art is a unique visual dialogue with philosophers, composers and writers such as Kierkegaard, Erik Satie and Dezső Tandori, allowing him to be one of those members of the Iparterv group of artists who found their own, individual language of expression. The comprehensive exhibition featuring the oeuvre of the Kossuth Prize laureate artist, who passed away in 2016, includes interviews in which many of his fellow artists, friends and pupils speak, making it unambiguously clear that their friendship or personal meetings with Baranyay was a point of reference for them on their own artistic paths.

The exhibition devoted to the art of András Baranyay was co-organised by the 125-year-old Műcsarnok and MissionArt Gallery, which celebrates the 30th anniversary of its foundation.