Museum tickets, service costs:
The photography exhibition titled Layers of Incidence is organised by the Imre Kertész Institute within the framework of the Pilinszky 100 series. This remarkable show mounted in the Műcsarnok’s Chamber Hall presents photos taken by János Pilinszky more than fifty years ago. 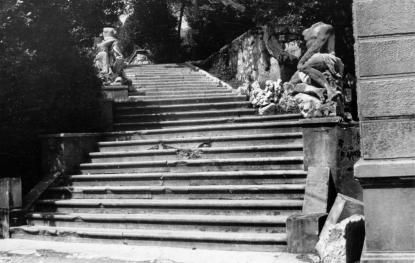 Pilinszky, a Kossuth Prize laureate poet, turned to photography in 1965, by which time his volume titled On the Third Day (1959) had been published. This work represented the peak of his career up to that point but it also carried the threat of the artist eventually being silenced. Trying to escape the nightmare of such a threat, in his articles he increasingly explored the question of focusing one’s attention. He believed that a camera was an excellent tool enabling its user to keep a continuous openness or ’presence’ about him, but newly emerging travel opportunities also supported his shift to photography.

The selection of 66 photographs displayed here mainly comprise pictures Pilinszky took on his trips abroad: he often captured sacred buildings, objects and monuments but during his trip to London in 1967 – when the Beatles’ Sgt. Pepper’s album was released – he also took street shots of the young people, whose novel way of thinking he saw as sincere and hopeful for the future. Besides these, he made a photo-series of Jutta Scherrer, one of his most important loves.

The rarely seen photographs exhibited now in the Műcsarnok bear witness to Pilinszky’s visual sensitivity and his attraction to still images, which he actually called his oratorio, his plays and a great many of his poems.