Museum tickets, service costs:
The visitors get to know more thoroughly the exhibition with items from the revolution related to DebrecenOn March 17, 1848, the city of Debrecen received reports by two emissaries which also included report about the Vienna revolution. 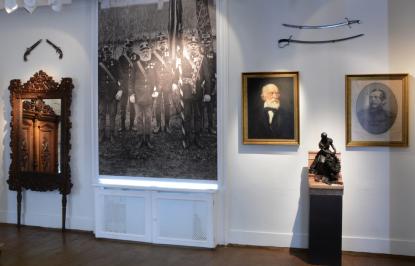 After news arrived about the events in Budapest, the Chief Justice convened on March 19. Citizens of Debrecen have been notified of the 12 points declared in Pest, therefore on the 19th a crowd of several-thousand people gathered at the City Hall. The people also marched into the meeting hall; their advocates stated that they wished to attend the discussions on the 12 points. Aside from the unusual momentum, the Assembly went on orderly, in a festive atmosphere.

The city print shop was declared free and they ordered the setting up of the National Guard. Finally Lajos Kossuth was elected honorary citizen of the city of Debrecen.