Museum tickets, service costs:
In the 14th century, the ever growing number of handicraft artisans provided goods not only for their direct neighbourhood but also the region they lived in. To defend their valuables, they formed corporate bodies or guilds. Debrecen based goldsmiths and bookbinders were nationally famous. 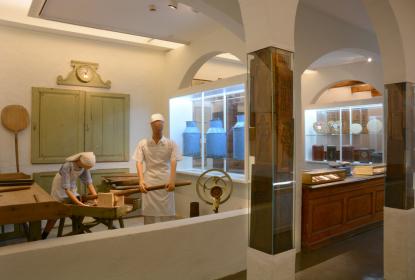 Hundreds of craftsmen were united in master bootmaker, Hungarian tailor, furrier, tanner, butcher, woollen coat maker, filter and tailor as well as soap-making guilds. Their operation was supervised by Guildmasters elected from among themselves. It was expected that the craftsman was God-fearing, law-abiding, hard-working, providing demanding work. The Déri Museum owns a valuable guild medal collection.