Museum tickets, service costs:
The aim of the exhibition to show the history and beginning of the more than 50-year-old Indian camp is linked to the name of Tamás Cseh. We wish to commemorate the founder, the long history of the camp, the tradition, the relationship between the village and the Indians. 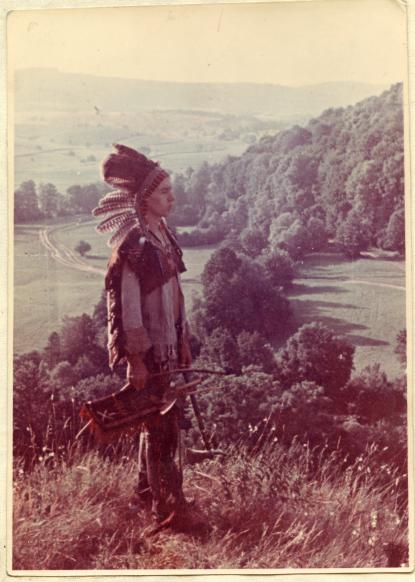 Tamás Cseh said the following to the author László Bérczes in an interview to his 'Book of Talking' about Indians: ..." I came up with the Idea of the Indian Camp in 1961, and I have been the tire of it ever since'. You should write the history, everything else you people no longer remember. How we found this village located in the Bakony sank into the ground, the oily floored pub ... You should write about the anti-world of 1961, the stories, which no one knows about anymore. I am indebted to the Indian. You should write about the car drivers, carters who died since, uncle Vince, uncle Pista Kovács and all those who are still among us, Öcsi Balogh, Tibi Pallos, about many of the women and men, the MD Kisfaludy who healed the first axe injuries on our legs. About the police Jeeps which sometimes appeared to check our papers, 1968, when the tanks went through the camp. "

In 1961 Tamás Cseh was preparing for his school final exams and went to the forests in the Bakony to "fight each other Indian style." Based on the books they had read by Carl May or Cooper they considered Indians clean, open-hearted, simple, nature-loving and courageous people and they themselves wanted to be like that. Thus began the Indians games. The participants grew up but in the following year , the people participating in the games just grew and grew.

The tribes live according to the living conditions, customs and traditions of the1850s throughout the period of playing time, including songs, dances, rituals, clothing, etc., thus, the folk authenticity was important What makes the game unique, however, is the battle - Bakony Indian game is a war game, with a complex set of rules, so far as we know unique in the world.