Museum tickets, service costs:
The exhibition invites the visitors to a journey in time. It presents the most important finds in the county, from the Stone Age to the Middle Ages. The items are on display in showcases; however, there are a great number of them still in the museum’s storages. 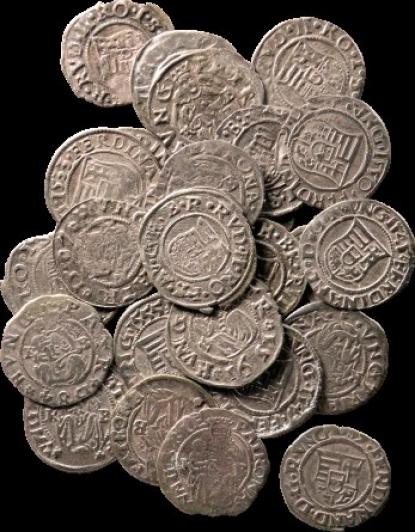 About some of the most significant finds:

- The 5-6000-year-old copper age clay mask that was found in Balatonöszöd is on display again. Its significance is shown by the fact that it is mentioned in several publications as an unusual find from the Copper Age. It was most probably used during ceremonies. It is the only mask like that in Europe.

- There are tapers by the mask on display. In the Antiquity and ancient times, tapers were very common, however, we know only of a few from the prehistoric times.

- The lime insert ceramics are also from prehistoric times. Some of them are shaped like ducks. This is a very unusual shape for this era. We would think that it is a toy. However, it is grave decoration. It was placed by the deceased for some cultic reason we are still not aware of.

- Of the items in the showcase about the Bronze Age, we may highlight the way the items are shown: Over a pile of broken ceramics, fragments, we show the nicest pieces that have already been restored.

- Naturally, we are to show again one of the most significant items the museum owns. It is a Hun sacrificial cauldron the discovery of which is documented on large bulletins. There is also a copy of the cauldron. The casting of the copy is also showed in the form of footage.

- Glass objects are on display of the Roman Period. They were so significant for their owners, that after their death, the glass objects were placed by them in the grave.

- The most interesting objects in the showcase about the Avar is the beautiful gilded and ornamented objects.

- There are two items of special interest in the showcase about the Middle Ages: the bearded cannon that was used in battle, and a silver taller that was probably hidden in the ground by a soldier in flight.