Fossils, several-hundred-year old antique books, first print literature and scientific works from the 18-19th century are lined up on the shelves of the Knowledge Store. 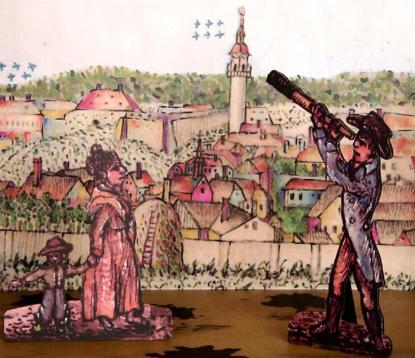 Events important from the point of view of cultural history are connected to the books in the Library of the Laczkó Dezső Museum. The task of the National Book Supplying Center was to take stock of rare books, then to place these at the National Széchenyi Library. In this respect, the duplum and triplum copies turned out to be redundant, and smashing of these was planned.

In the 1960s, when the Veszprém County Museums were established, the dumplum and triplum copies were saved from smashing when the copies in the Tihany Abbey Library were declared protected and then stocked.

The saving process requested by Dezső Keresztúry was performed by Gyula Illyés and Gábor Lipták. The exhibition of the rare books, their replacement in the Monumental Library was orchestrated by the historian Péter Tóth G., and financed by the Alfa Contest announced by the OKM.

Our objective of the exhibition and taking stock of the items is to provide opportunity for the people in general, but also to researchers, to acquaint with these rare books.