Museum tickets, service costs:
The material of the reorganized museum includes wonderful goldsmith objects from the cathedral and the Bishop's Palace besides paintings and statues with religious topic. Since the material of the episcopate and diocese are shown together, we cannot say that the showing is the result of planned collection. 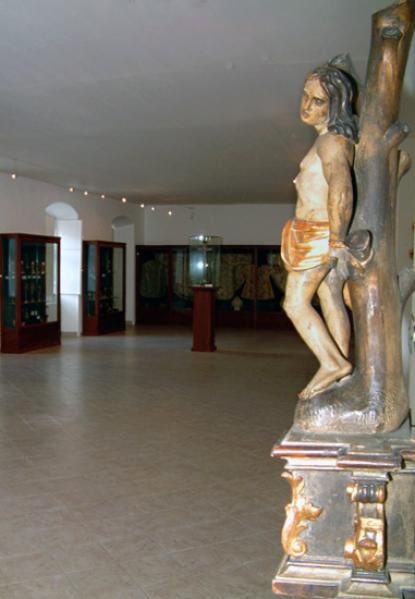 Hungarian artists made most of the goldsmith objects from the Episcopal treasury, but a few arrived from Vienna, Augsburg to Székesfehérvár. The most valuable is the present of Maria Teresa. The shrine holds the skull of Saint Stephen.

We also show a complete altar that honored Virgin Mary in the chapel of the Jesuit Order in Pázmánd.

One of the most important document is a founder letter signed by Maria Teresa on 17 February 1777.