The beautiful traditional folk clothing of Hőgyész was damaged greatly at the time of resettlements. The people of the village were attached to the village; the drastic measures caused a lot of pain, tears, and tragedy. Some believed that if they took off the folk cloths suddenly then they might be able to stay there. Off course, it was an illusion, because the officers were relentless at the process of deportation. Some managed to escape and hid in the cellars of the next village. Unfortunately, Hőgyész lost most if its population at these times. 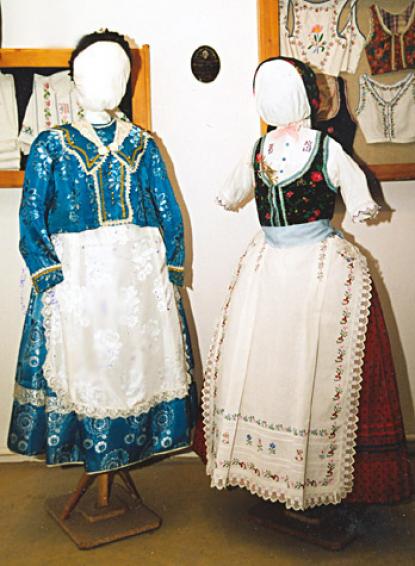 After the deportations, folk clothing was rarely to be seen in the village. However, some of the old women were stubborn enough not to take off the folk dresses and in most house a piece or two was hidden. These pieces were recovered recently.

It is a tradition again, that the new cloths are copies of the old cloths of the grandparents. Several techniques of the classic folk art, its objects were preserved in spite of the dissolution of the vernacular lifestyle.