Museum tickets, service costs:
He attended the Primary School in Olad and the Civic Schhollater called School of Commerce in Szombathely. He was a notary, and later he received a diploma of counting. In 1942, he enrolled the József Nádor Technical University majoring in agriculture, but he also took on geology. He fought in the war in 1942-43. After the war, he was an assistant teacher, and then he started to work in the institution of Geology. He married a girl from Zala, Anna Horváth in 1945. They had two children, Katalin was born in 1946, Károly in 1947. 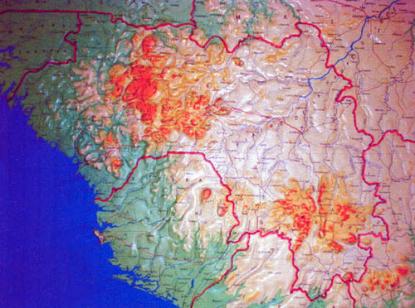 He did geological researches almost everywhere in Hungary as well as in Albania in 1953-1960, in China, and Mongolia. In 1961-75, he did important work in Guinea. In Albania, he explored a Thuman swamp; in Mongolia and China he explored sources of heat. He found quarry of kaolin, diamond etc. He spoke German and French since his school years, he could fast write, he learned Russian, English, and the languages of three tribes of Guinea. From 1975, he worked in the institution of Geology and was a professor at the University of Miskolc.

His most important works are:
- Talcum research in the region of Vaskeresztes, Felsőcsatár,
- Oil research in the region of Nagylengyel. He opened a basalt mine in Lászhegy,
- Finding and designating hydraulics, karst fountains,
- developing the waterworks in Szeged, Ajka, Herend, Fűzfő, Várpalota, Nagykanizsa, and Zalaegerszeg,
- Exploring the heat sources of Szombathely, Bük, Harkány, Hajdúnánás.