Museum tickets, service costs:
Kondor Béla would be 75 years old this year. 'The public thought of him as graphic artist and painter and hardly noticed his poems. They only thought of them as kind of coloring of his work as fine artist. (...) Of course the symbols in his poems and pictures are basically the same. There is a lot of similarity between his compositions. The picturesque poems suggest the fine artist. Still, Kondor' poetry and painting art are more in subordinate and superordinate of each other. His poems naturally show who he admired as his masters, but as a poet he was original.' 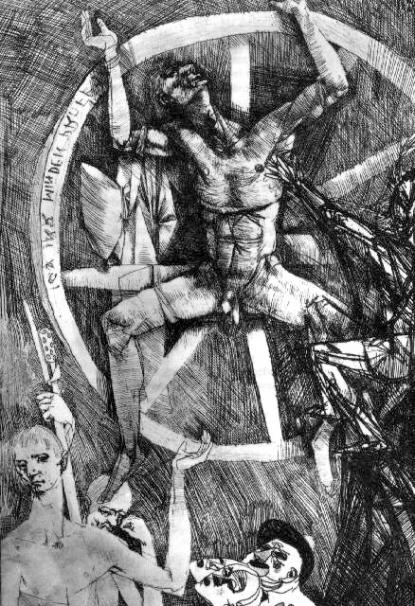 'The art of Kondor was committed art, the opposite of all kind of l'art pour l'art. It was philosophical, the equivalent of his fine art. His poems were also moral-existentialist. Despite of all this, the par excellence form in his art was never forced in the background. (...) He cannot be characterized with professionalism but he had the rare talent to interpret it with the tiniest lines and the mastering of space. Every element in his works interprets concrete meaning. There are no meaningless parts, half-measures or solutions suggested by ruin in his works.'