Museum tickets, service costs:
The organizers, Márta P. Bálind and Gyula Munkácsy take on the introduction of the least known fields of the Hungarian History of Education. The title, 'Comenius Piece', is only one chapter of our education. The illustrations surround the spaces of the exhibition like frieze; they represent the connection of the information we gain of the world. Through this visual quotation, we can follow the events and concepts that became the objects of representation in our schools. At the same time, a construction of a visible world is also built up. 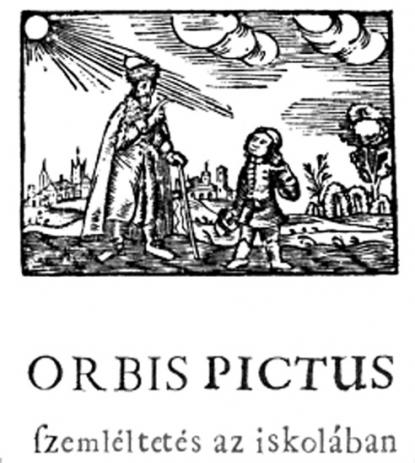 The idea behind the order was not the history of representation but the methods and theoretical questions in connection with representation. Thus, we can step over the simple but adequate typology of educational tools. The objects range from the equipments of physics of the 18th century to the multimedia systems of the 20th century.

The oldest object is the so-called 'balanced doll' which was used by the Jesuit professors to show the continuity of the laws of the centre of gravity. The earliest of the optic tools from the 1850's, the Duboscq 'archlightprojector'. The model shows the eye activity. Off course a so-called 'nice looker', the kaleidoscope, the 'turning wonder cylinder' which is believed to be the predecessor of the moving picture, are all presented. A twin laterna magica may be of a significant interest. The projection is presented by a transparency wall, which was made of the glass slide made by the Uránia Factory for the Illustration of School Equipment.

Beside the tools to illustrate made by the teachers, the objects presenting the newest invention of a given period evoke a new set of ideas. Among these, we can mention the Edison phonograph and the Bell telephone, but of the various projectors, episcopes, epidiascopes can be seen.

We can live through the experience evoked artificially repeatedly. We can study the water wheals, dynamos, tape recorders, school computers etc. The process of learning every day creates a characteristic micro world inside the walls of the schools; we can see and experience these at the exhibition.