Museum tickets, service costs:
The exhibition opens with an introduction to the longest period of humanity's biological and social development: the transitory Stone Age. We conjure up the life of an imagined hunter's camp inside the walls of the cave of Istállóskő which was built up around the original fireplace. 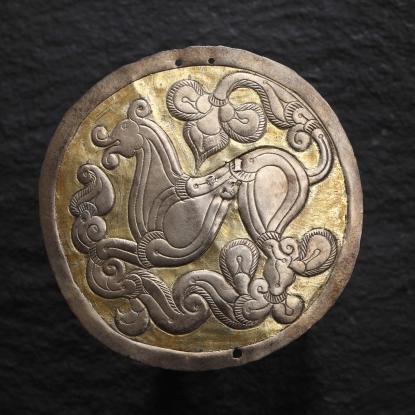 The natural and unnatural milieu separated around the Stone Age and the Copper Age: the natural unity of settlements and cemeteries, the 'saint' and the profane. Human habitats, houses made with unburnt clay, and the equipments that were kept in-and outside of the houses are part of the exhibition. Away from the habitats we present the memories of the imagined afterlife portrayed by man, his belief system and burial traditions.

The historical changes which were characteristic of the Bronze Age were due to the spreading of the craft of bronze casting. The visitors can follow the development of the technique from the first equipments of metal casting to the heyday of the goldsmiths; to the spreading of trade and high degree production.

The Iron Age can be characterized by the spreading of the application of iron equipments, the perfection of the techniques of their making and two different populations that occupied the Carpathian Basin at that time: the Scythian and the Celtic. From among the relics left by these multicolored nations we display the Scythian rattles ornamented with animal, the deer figure shaped shield ornament from Zöldhalompuszta, the pottery and the silver coins of the Celtics.

Entering the ward that presents the Roman age, the time traveler may feel both in time and space on the boundary of two worlds. The characteristic relics of Pannonia of the Roman age: monumental buildings of war architecture for example a stone slinging machine built in its original size and other Roman wartime equipments are on the left. An imaginary bridge over the Danube leads the visitors to the other side, to the location of the market.

Still pictures of the everyday lives represent those nations which spent some time in the Carpathian Basin: Huns, Germans, Gepids, Longobards, etc.. The Eurasian nomadic Huns are characterized by the depicturing of their belief system, warfare, and clothing.

The exhibition ends with the setout of the Avars. Through the Avar's multicolored culture, their equipments, graves, the glass-, metal-, and pottery that are the documentation of the Avar and Byzantium relations the history of the Carpathian Basin is shown.