Museum tickets, service costs:
The mummy and its coffin has been exhibited in our museum for nearly 120 years. The mummy was brought to the relic store of the seminary in 1884 as a donation from former student Károly Markstein. The merchant purchased the finding in the Relic Museum of Egypt for 1500 franks. In the tombs of the Ptolemaios-age (305-30 B.C.) 8-10 thousand mummies and coffins were brought about, among them the mummy and coffin of Hori. The town was inhabited during the period of the new Egyptian empire (1552-1070 B.C.) and was connected to the royal family. 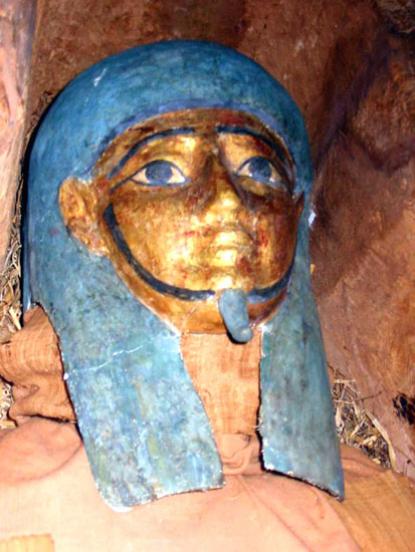 According to the drawings and inscriptions found on the coffin Hori was a priest working during the 20th dinasty (1186-1070), serving the godess Isis. However, thorough restoring and examination works in 1984-86 proved that the man laying in the coffin is a middle aged person who lived about 500 years later. In other words, the coffin was resued a second time. At this time it was often the case that coffins were resued for the burrial of lower classes people.

The richly ornamented coffin is a good example of the pictural relics of the Osiris-cult so generally widespread in ancient Egypt.