Museum tickets, service costs:
The exhibition displays the less known history of chemistry. It is proven that chemical activities were carried out in the Carpathian Basin even before the Hungarian conquest. The gold-mining of the Roman Empire was continued by the descendants of the Hungarians. There was metallurgy, expoerts were experimenting with alloys and the control of refineries and the mints. 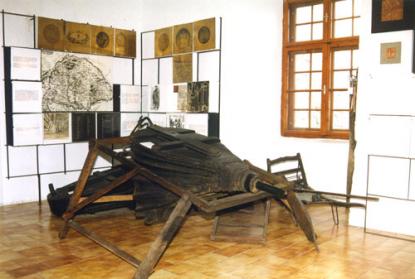 Many people in Hhungary had tried out alchemy as well, that is, to make artifical gold. Though they had not achieved their goal, but obtained important chemical experiences. They made certain compounds and formed a good number of chemical techniques and procedures, such as distillation, evaporation, crystallisation etc.

The alchemy turned into the medical chemistry. His founder Paracelsus (1493-1541) strenuously proclaimed that the purpose of chemistry was not making gold but remedies. Later plenty of phisician became chemist and dealt with the chemical analyzing of mineral waters and the minerals themselves.

The Hungarian history of chemistry and chemical industry begins with the medieval metallurgy. At this time the most important export article in Hungary was the gold and silver. Only few people know, that at that time 90% of the European gold production was supplied by our country (one third of the then known world). Our silver production made up one fourth of the European production.

The scientific chemistry was first dealt with in the Selmecbánya Mining School established in 1735. The first chemistry department was als established here. The laboratory work of the students was here introduced, which method later on spread around the whole world.

The work of chemical processing of our environmental resources first began in the 18th century. As the gunpowder had been discovered, there was need for saltpetre as well. There was a demand for the pearl-ash by the glassworks and the textile industry. Production methods of the pearl-ash and saltpetre manufacture are exemplified by mockups.