Museum tickets, service costs:
"Halas Lace", from the town of Kiskunhalas, first appeared in 1902 and has since become an important part of Hungarian folk art. One of the founders of cottage industry in Hungary was Árpád Dékáni (1861-1931). The Kiskunhalas Lace workshop is one of the very fem built at the turn of the century and still functioning today, despite frequently difficult conditions. The first designer of Halas Laces was Árpád Dékáni. However the needles behind this unique technology belonged not to Dékáni brat to Kiskunhalas-born Mária Markovits (1875-1954). 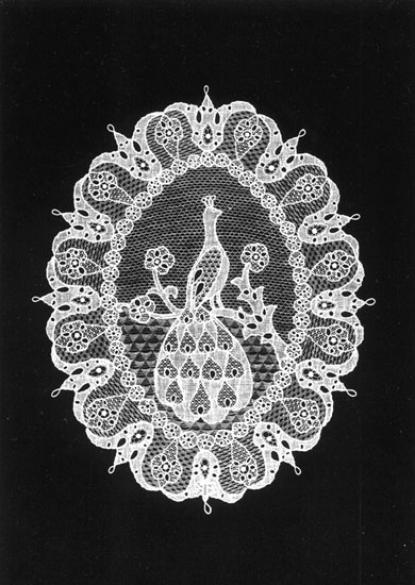 Between 1902 and 1906 every lace was designed by Árpád Dékáni. Or lris laces! re blended typical Hungarian flomers, animals (deer; doves, peacocks) and peasant youths with Secession plant-stylisation and line-play.

In 1906 Árpád Dékáni was transferred to Budapest and entrusted with the organization and supervision of the national lace industry. After his departure technical control of the laces was performed by Mária Markovits. In 1911 artistic control was assumed by the School of Applied Arts under the leadership of Antal Tar (1891-?), whose early laces bore distrust marks of the Secession.

The most excellent designer of the 1920s and 1930s was Ernő Stepanek (18811934). Not even on his earliest designs is it possible to feel the style of the Secession, his inspiration being, rather, traditional Hungarian embroideries and laces. The stylisation of his laces also differs from preceding methods; in the place of lively stitching is a calmer, more geometrical design. His most famous work was a lace cloth presented, after the artist's own death, to the Dutch Crown Princess, Julianne.

In the depression years of the early 1930s the plight of Halas Lace was attended to by the Mayor of Kiskunhalas, Dr. Imre Fekete. Thanks to his enthusiastic state funded public relations work and his organization of cultural projects, the fame of Halas Lace soon revived, both domestically and abroad. To protect the unique craft, a trademark of three fish (taken from the Kiskunhalas coat of arms) was incorporated into the lace designs from 1934. A year later, funded by the Ministry of Trade and the town of Kiskunhalas, a Lace House was built. This brought the lace makers, who had previously morked upon their own prentices, together under one roof and it became the home of Kiskunhalas's lace and folk art collection.

In the second half of the 1950s the sample collection of Halas Lace had fallen in need of renovation and expansion. Although the classical laces featuring swans, pelicans and dancing couples mere being continuously made, Béla Molnár, Lili Nagy Kálózi and József Vorák produced a number of high-standard modern laces which enriched the collection of lace samples.

Halas Lace sewing preserves with the bravura of extraordinarily varied and unique stitch techniques the forms and harmonies of artistic designs. Every square millimetre is created exclusively by hand. Each piece of lace produced is subject to appraisal and is thereafter supplied with a certificate authenticating its quality.