Museum tickets, service costs:
The origin of the artistic material of the Mezőkövesd Town Gallery can be traced back to the period of king Matthias. Its roots only stemmed up in the 19th century, and turned into flowers in the colourful embroideries of a singular popular costume. 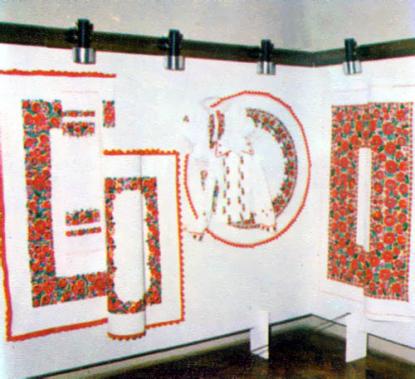 The "Matyó embroidery" became famous both in Hungary and abroad. It is used in a great variety of clothes, furniture items and other miscellaneous objects. The style is still being modified without losing its original character.

The items here seen consist of a rich and versatile material, which was the jubilee donation of the Matyó Home Industial Union. The two main types are: the old one, which is red and remarkably decorative, and the newer, universally known and colourful products.