Museum tickets, service costs:
The excavations on the marketplace of Szőny have been performed ever since 1992 with Dr. László Borhy as supervisor. The findings are from the Roman period. Presently the systematic unearthing of the civic town of Brigetio is being done. In 1994, large Roman wall paintings were found. 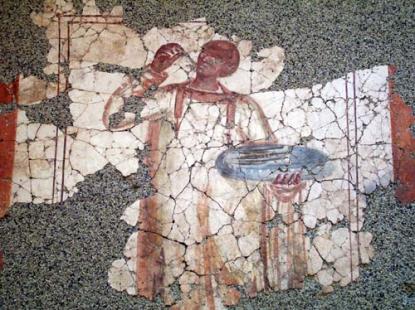 Part of the frescoes made at the turn of the 2nd and 3rd centuries AD has already been taken abroad. The figure of the women (Andromeda and Pegasus) ornamenting the ceiling and the portraits personifying the four seasons are unique works in the provincial painting as well as those that were found in houses nearby, which show figures serving food and stretched skin of animals.