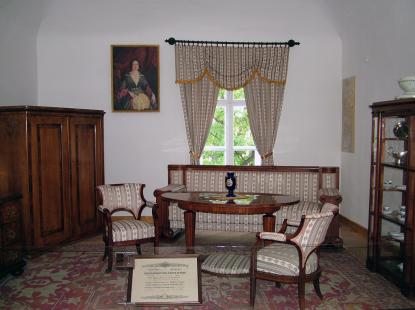 Ward two introduces the life and work of Bugát Pál at an interior-like showing and via his inheritance.

In ward three we show lifestyle at the end of the 18th century via objects found at the excavation of the Saint Elizabeth Church.

Ward four studies the relation of the Orczy family and the town of Gyöngyös.

Ward five honors the poet and general Orczy Lőrinc. This ward is one of the nicest an most representative room of the castle. Researches during the reconstruction of the building resulted in the finding of large frescos probably from the end of the 18th century.