Museum tickets, service costs:
Stamps of Hungarian Post Administration were solely made in the National Press from 1871 until 1949. Stamp production began with lithography. The first stamp made with mixed technique was made in 1888, as well as series printed in 1919 and 1920. 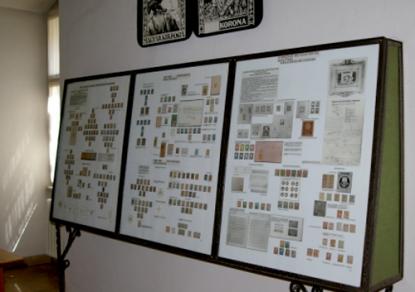 Stamps have been printed in the Bank Currency Press since 1949. The Petőfi series was made in the same year. Later stamps were made with mixed technique: line engraving, steel-engraving etc.

In Hungary, stamps were made from steel-engraving in the Bank Currency Press first. Brighter colours and the mixed technique applied resulted in beautiful notes.

We show curiosities that came off during making. These were often produced in the 'classic era'.

The permanent exhibition shows stamp series from 1871 until 1987.