Museum tickets, service costs:
The cellar of the Lorántffy (Southern) wing of the castle was built at the same time as the palace wings. Its simple stone framed door also originates from this age. Renaissance stone carvings recalls the artistically rich period of the building of the castle. 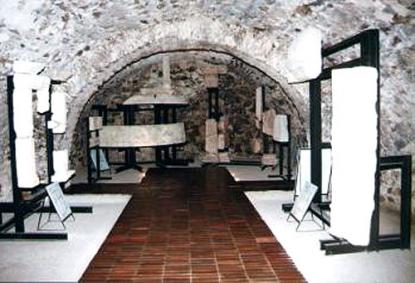 Among the renaissance carvings the red marble fractions are collected to the building works of the Pálóczi. The Perényi (1534-1567) renaissance carvings decorated the representative rooms of the Red Tower, as well as the yard facade of the Perényi-wing. The multitudinous carvings of the building works of György Rákóczi and Zsuzsanna Lorántffy prove that this period (1616-1660) is an architecturally significant era in the history of Sárospatak.

The Lorántffy-wing was built in 1643, as stated on the balcony. Among griffs and swans we may see the arms of the Lórántffy family.

The stanza was built in 1646. The fractions of its supports are ornamented by herbal leaves.