Museum tickets, service costs:
The furnishing of the Huszita-House displays the memories of the peasant-civic lifestyle of the market towns at the end of the 19th century. 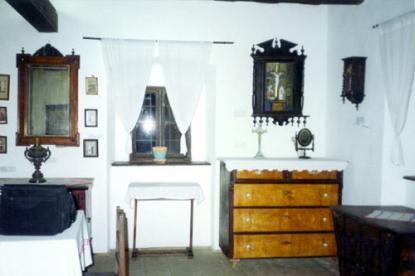 Beside the cultivators and the merchants, many tradesmen lived in the market towns. The signs of all three trades can be traced on the furniture and the displayed tools mainly made in Gönc.

Many potter, shoemaker, cooper, clog maker, charcoal-burner worked in Gönc. The material of glass was brought from Zemplén, the pot and porcelain dishes were made in Telkibánya and Hollóháza. The nearby Kosice influenced the fashion of the population.

The so called 'Barrel of Gönc' is also part of the exhibition, which with its 136,6 liter volume is a measure for making the Aszú of Tokaj.