Museum tickets, service costs:
The new exhibition presents the wide scale work of Herman Ottó, his political and public activity, the private life of the last Renaissance man and his relation to Lillafüred. The first ward holds his study and his personal articles including letters, photos etc. The visitors can learn about Herman Ottó's work in the second ward: ornithology and his research of spider-fauna in Hungary. Related to cave researches in the Bükk, a separate part deals with Herman Ottó's archeological activity. The most emphasized area is, However, ethnography. Herman's work related to fishing is shown via fishing tools and a side show. 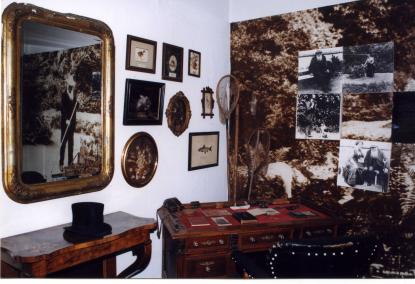 A novelty is that two computers provide interactive virtual visit for the interested by film, voice recording, song of birds, a quiz game and objects. Catalogues in varied languages and guidance in different languages via headphones are available.