Museum tickets, service costs:
The exhibition introduces relics and ethnographic objects from the 17-19th century related to the town. Halas was the centre of the Kun Csertán people in the 13-14th century. The county town was destroyed under Turkish subjection several times just as other Kun habitats and Hungarian villages were. The last repopulation of Halas occurred around 1628. From 1686 the town belonged to the Solt District of Pest County. A number of squires intended to obtain the territory. Eventually the palatine Pál Nádor participated in the attachment of Halas to the Jászkun district in 1963. The first steal of the town we own was made around that time. 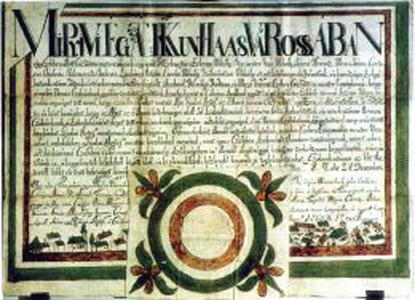 In 1702 the emperor Lipót I. sold Jászkunság including Halas to a German knight order. In 1745 Maria Teresa gave leave to the Kiskun, Nagykun and Jász to buy themselves out with 580800 golden forints. We call this redemption.

Towards the end of the 17th century, most of the people belonged to the reformed church. More and more peasants began their studies inn local schools and that of Debrecen. Many of them later became leaders in the town.

In the 18th century most of the income in Halas came from animal husbandry in the bleaks. The three most important animals kept were cow, horse and sheep. From the middle of the 18th century guilds began to develop in Halas. Trades that served the needs of local peasants flourished such as the weaver, boot maker guilds.

During the Revolution 1848-49, many of the citizens of Halas fought. Posters and weapons from that period describe this era. Between 1860 and 1863 agrarian reform changed the economic and legal relations. Animal husbandry on the bleaks lost its importance while tilling of larger land flourished. Beside the large old redempt homesteads, new smaller homesteads and poor homesteads came to existence.

The first windmill in Halas was built in 1798. At the beginning of the 20th century, 38 windmills still existed. However, after the steam mills became popular, the number of windmills gradually lessened.

A characteristic product of Halas literature is the handwritten songbook, books of local poets who copied a few of the popular poems among their own. Another product the people of Halas are proud of is the lace made in town.