Museum tickets, service costs:
We can follow the history of the collection of the coins back to the end of the last century. When the Jesuits took over the grammar school from the Piarist order in 1860, 20 coins were also mentioned. In the 1870' s the archbishops TÖRÖK János and HAYNALD Lajos bestowed the grammar school their valuable collections. 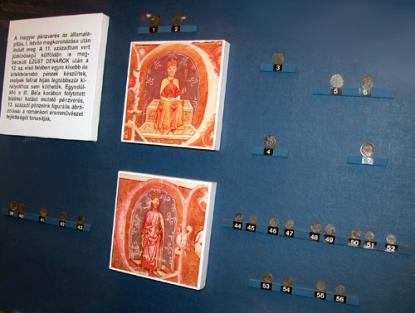 The collection played an important role in the eductaion betwen the two world wars. It enhanced the historical knowledge and interest of the pupils.

After 1944 the collection of 11 thousand items were party demaged by the war, but the teachers of the school protected the remains of the collection and handed it over to the Viski Károly Museum.

regardless of its distorted state, the collection represents a great historical and educational value.