Museum tickets, service costs:
Elder Sándor Éber was born in 1878 in Ráckeresztúr. He was a student of Bertalan Székely between 1896 and 1900. He was mostly attracted to the work of fresco painting. He came to Baja in 1902, where he worked as a teacher for two decades. 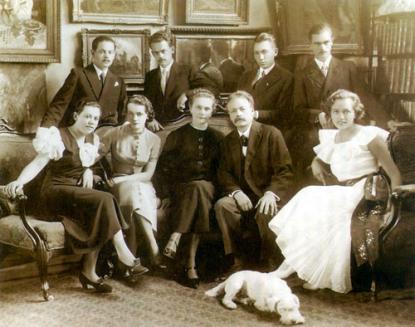 He made a great number of wall paintings and frescoes for ecclesiastical orders. He painted the walls of 22 churches and schools.

He also made plenty of landscapes, portraits and figural compositions. He set a memory to the land of the Hungarian plains and the Danube side.

The workshop of the house did not get empty after the death of the artist. Out of his 7 children Anna (born in 1905) and Sándort (1909-1985) were captivated by the charm of the workshop.

Jun. Sándor Éber studied at the Fine Arts College between 1927-1931. Since 1940 he had been almost exclusively working with crayon. His subject had ever been mother nature. His works radiate the moveless beauty of eternal nature. However, tending towrads the end of the century his works became a bit more resignful. (The Danume was planned to be regulated)

Jun. Sándor Éber had been caring for the heritage of his father and the unique for four decades