Museum tickets, service costs:
The first piece of our collection was handed over to the Székesfővárosi Museum by László Toldy chief archivist. It was a page (in two pieces) made by C. A. Dietell in 1712, demonstrating the Holy Trinity statue of Buda. The next item of the collection was the press that had probably played an important role in the revolution of 1948. 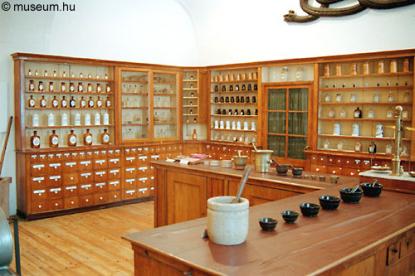 Most part of the Printing Historical Collection came to the museum in 1966, when the Press Industrial Trust gifted a good number of tools, machines and equipments to our institute. We also got a valuable gift from the Athenaeum Press. This was the letter set of the old University Press (the 18-19th century.)

There are more than a thousand pieces in the collection. Among them there are 30 press machines, 186 printing plates and a great number of materials representing the printing technique of the 17-19th centuries. There are some prominent plates such as the sketch of János Hild about the facade of the National Museum, and plates made for the works of famous artists. A valuable item is the declaration of Mária Terézia made in 1752 for the Landerer press.

The European culture took a new direction by the development of book printing. Instead of making single volumes, duplication became the determining factor. Mostly periodicals and newspapers had been printed since the end of the 18th century, the illustration of which made an urge for the innovations of the printing techniques.
In the periodical collection we can find various daily, monthly papers and magazines. Rare items such as the whole series of the Pesti Hírlap (Pest News) of the 1840'ies, the Pesti Napló (Diary) of 1865, etc. are also found here.