Museum tickets, service costs:
The Royal Palace of Buda was a worthy equivalent of the Royal residencies of Europe. Its walls, gardens, wards were ornamented by beautiful decoration. Famous writers of history and ambassadors of the time praised it. The battles with the Ottoman Empire caused such a major destruction in the Palace that at the beginning of the 20th century those interested and the researchers could find nothing, except for a few descriptions and documentations on the palace. 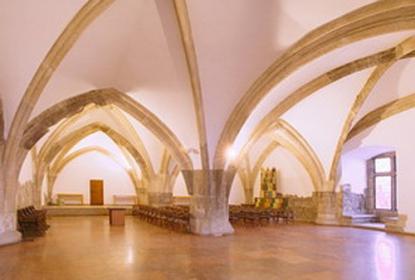 The archeological researches changed a lot in the matter. Details of the buildings, several valuable stone carvings, and tools of the everyday life of the Court were found. Still, the chance to find any of the fine artworks made for the Court was fat. The raiders would take these objects first.

In February of 1974, unexpectedly a group of statues was unearthed. These artworks had been made for the Court and were believed to have been lost. The series of statues found were the artworks of royal artists. Looking at these statues the life of the court comes to life in front of our eyes. We see the knights, women, priests, and the servants. We may also picture the saints, apostles, and the prophets these people admired.

Where did the discovery really occur? The archeologists believed the existence of a large space, a kind of garden between the town and the palace. When they excavated the area, they found houses from the Middle Ages. They concluded that a town must have stood right there, but when the Palace was expanded these buildings were deconstructed: houses, barns, and other buildings were destroyed; the cellars and wells were filled with earth. Eventually a wall from the town divided this whole area. The statues were hiding in one of the cellars of these houses. Some of the fractions were found in the nearby object.

In the past few centuries, the destructions did not only demolish the buildings, but also the documents about them. It was impossible to find the original story of the sculptures. Only the statues themselves survived the destructions. They were thrown in garbages; this is why they are broken and mutilated, but still nice for our eyes. They recall the art of the Royal Court of the Middle Ages in Hungary.