Museum tickets, service costs:
This year marks the 90 anniversary the death of Harry Houdini (born Erik Weisz), the Hungarian-born American magician and illusionist. He was the greatest escape artist of all time and one of the greatest performers of the modern era. 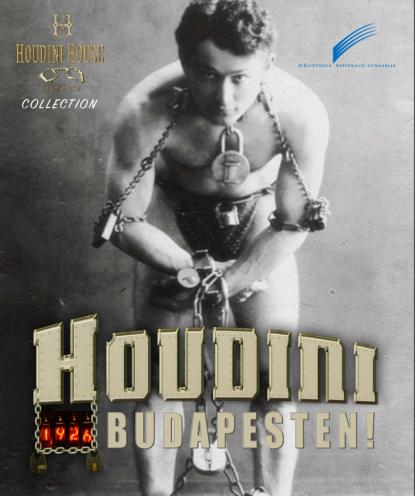 In cooperation with the National Széchényi Library, the Houdini House Budapest, display the unrivalled private collection, which visitors to the Milan Expo Hungarian pavilion have seen before.

By way of original relics and a collection of objects used by the 2014 American movie about Houdini, we show the famous artist's life and stunts.

The exhibition is open from 27 January to 27 February, 2016 at building F of the Royal Palace (from Tuesday to Saturday from 0900 to 20.00 ), after which it will be relocated on March 24 to the Houdini House in Budapest where it wil be shown in the framework of a permanent exhibition.

The private collection's caregiver is the escape artist David Merlini.