Museum tickets, service costs:
The Romans were the first to produce brick in the territory of Hungary. The name 'tégla' also originates from the Latin word "tegula". The first brick marks were also inherited from the Romans - they stamped the legion number into the still wet product, that is, they draw a circle, a cross or other symbols made up of simple forms. It was a frequent occurrence during the drying of the clay products that house animals ran across them: thus, we also inherited a number of dog and cat footprints from the Roman age on some beautiful pieces. 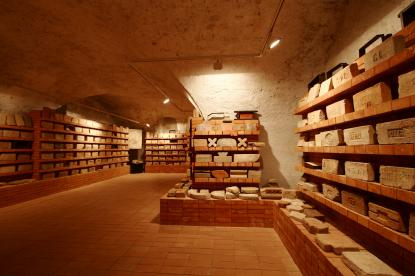 The Magyars began to burn bricks in the Early Arpad age (about 1,000 years ago). Restoration of our early Gothic temples from the Romanesque age revealed a couple of beautiful stamped bricks in the walls. It is a Hungarian peculiarity that the customer or the manufacturer had its initials, the date, or a baron's, earl's or duke's coronet or a combination of these engraved into the bottom of the mould or had the brick stamped by a "brand", or had some adages inscribed on it for improving its appearance or maybe to advertise the product.