Museum tickets, service costs:
Entering ward 5, the visitors can see recognitions of the BKV. A bound worth 100 pengő signed by the Pest Omnibus Company is shown in one of the showcases. The most interesting objects are probably four vehicles: a ZIU-5D trolley bus, an Ikarus 180-as articulated bus, an Ikarus 556 bus, and a half-taken down Rába Tr 3.5 bus. 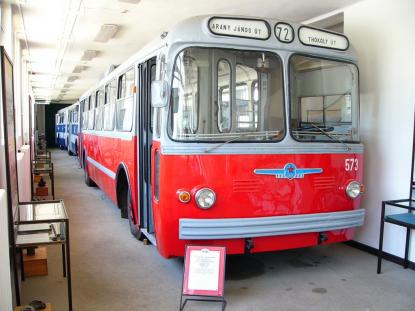 Stop road signs show where the buses should stop while the visitors can buy tickets and season tickets for the vehicles. Stripes of the company are shown in showcases.

We show auto parts in the middle of the ward: a Csepel servo wheel, a Rába diesel motor, generators, shock absorbers, breaks, etc.